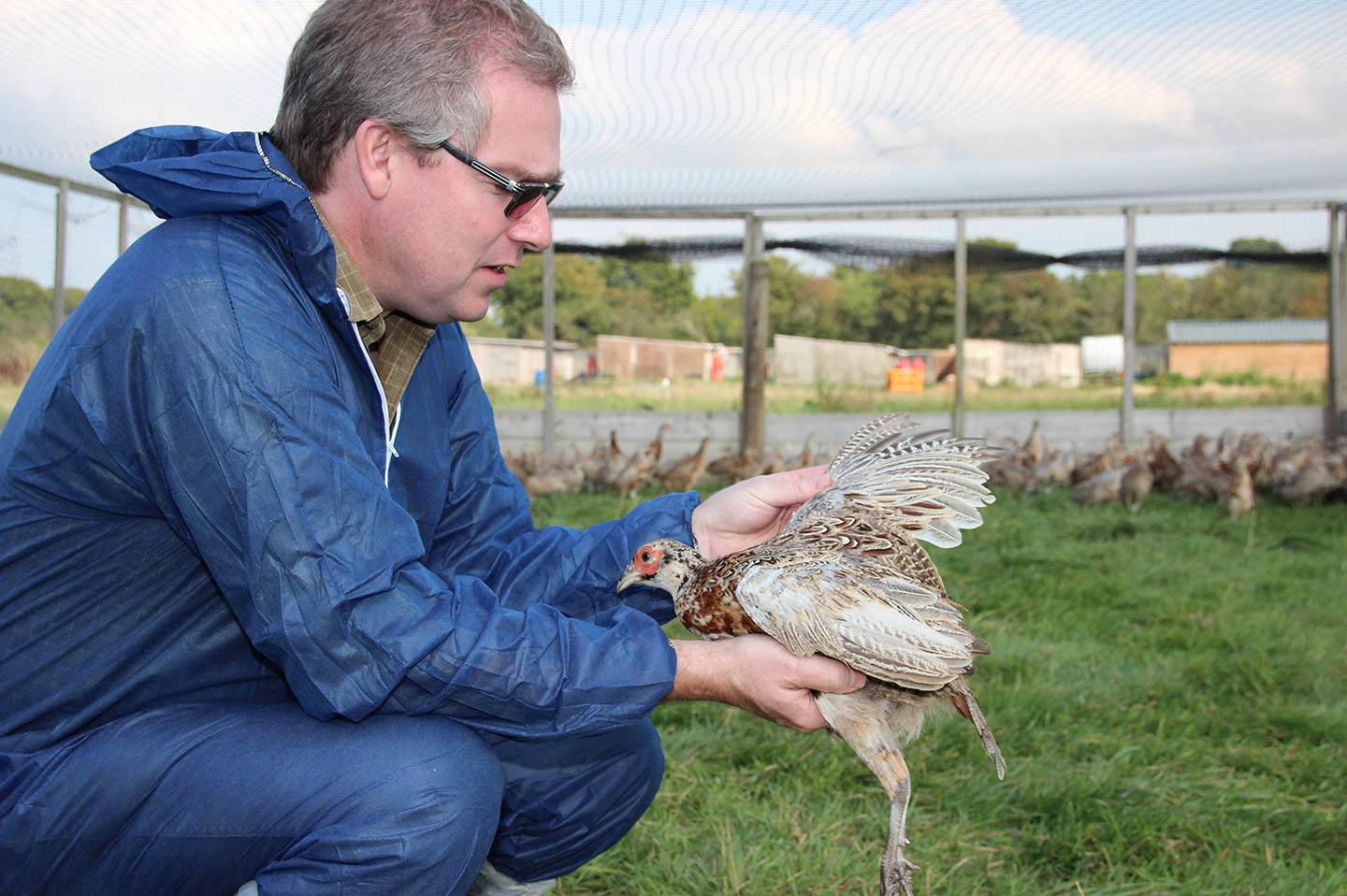 Mark qualified from Bristol University in 1989, and went on to work in a number of practices covering many different and diverse species. Founding his own primary care practice in 1994, which grew to 4 Vets in a short space of time, in 2001 Mark decided to focus his career on areas of particular interest. One ambition was to evolve more work with birds, having been involved in the poultry show world from a very young age. Starting in a small way with Gamebirds, this project is now expanded into the South Downs Veterinary Consultancy (SDVC) covering much of South East England as demand has grown. His current Veterinary clinical work is almost entirely now bird orientated.

Mark has been for the main part, and remains, a practising clinical Vet. However, throughout his career he has maintained an interest in research, publishing 5 peer reviewed papers, with further pending. Current research is focused on a collaboration with the University of Surrey, investigating the microbiome of game birds and looking for ways to translate such research into clinically relevant solutions. Mark is also actively involved in advising on Wildlife and Conservation based research projects, and has an interest in species reintroduction as well as re-wilding. He is a member of the British Hen Welfare Trust Scientific Research Committee.

Previously he has held roles on sub-committee of the MHRA, at the RCVS as an elected Council member, and has sat as Vice Chair on a statutory committee investigating matters relating to professional regulation.

Mark writes regularly for the NGO’s “Keeping the Balance” quarterly and other related publications. Mark is a founder and co-developer of Trusted Game, the health and welfare scheme for game birds

Outside of Veterinary work Mark is well known in the sporting field, and having been part of the winning team at the 2008 Purdey Award for Conservation has a wider interest in the benefits to the countryside of that community.